I completed 75Hard and this is what I learned 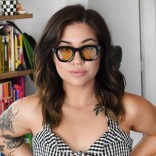 I have never tried to bake cheesecake, it always seemed impossible. So I started small with these berry keto cheesecake bites, I figured muffin tin bites would be easier and they were! Now with a little more familiarity in the keto kitchen (honestly and the same 5 baking items) I had the confidence to bake these lil guys! Made them for 4th of July so they have strawberries and blueberries (mainly for color). If you want to bring the sugar and carb content down, leave out the berries. It’s an authentic bite of NY cheesecake!

I’m excited for Berry Keto Cheesecake Bites! Are you? If you’ve been following my blog you know I love diving a little deeper into the topics I write about. As a New Yorker, I’ve had my fair share of cheesecake and this recipe is SPOT ON. Yes, yes I know NY cheesecake has no toppings — I added to make this festive ok? We don’t need the cheesecake police here! Want to know more about the origins of New York Cheesecake? This cheesecake keeps me in ketosis and pumping ketones!

Where the heck is cheesecake from?

People have been baking cheesecake longer thank you think. We know that cheesecake was already a popular dish in ancient Greece. The writer Athenaeus is credited for writing the first Greek cheesecake recipe in 230 A.D. The recipe back then was super simple! You took flour, wheat, honey and cheese, formed it into a cake and baked it! Small cheesecakes were said to have been served to athletes during the first Olympic Games held in 776 B.C.

What about NY Cheesecake?

New York cheesecake the pure, unadulterated cheesecake made with pure cream cheese, cream, eggs, and sugar. No fancy ingredients added either to the cheesecake or on top of it.

Cream cheese was an American addition to the cake. As history tells it, a New York dairy farmer in 1872 was attempting to replicate a Neufchatel cheese. He accidentally created what we now know as American cream cheese. Then, the cheese was then packaged in foil and distributed to local stores, as the cheese we now know as Philadelphia Cream Cheese.

I accept use of cookies
PRESS ESC TO CLOSE